I didn’t even know they existed until 2006, so seeing them for the first time was a little strange, especially considering that the man that had written them had died almost 20yrs earlier.  My Grandpa Brown had kept a set of journals during World War 2.  Holding a group of journals in my hand that had been written by a man I’d loved and admired was surreal enough, but even more so when you consider that they had been written over 60yrs ago.

My grandfather had been an office worker in the military during the sequel to the ‘war to end all wars’, so his journals were less about battles or a structured military offensive

and more about the mundane daily life in a military office.  They were more stories about someone he had seen in the office, a daily recap to the penny of money he’d spent buying food that day, or how much money he had won playing cards.  He was a card shark.  Not the kind of man that took advantage of people for money, just the kind of man that loved playing cards for money.  The journals were fascinating.  Next to his journals were a pile of letters and postcards he’d sent his family during his time traveling from Nebraska to California, before eventually finding his way to Oregon.  The typical stories you see today – You know, the ones that involve hitch hiking across the country, riding in a trainload of chickens in the dead of winter, or seeing movie stars on the Hollywood streets of the early 1930’s.  So basically, not typical of anything I’ve ever experienced in my lifetime.

Besides reaffirming how cool my grandfather was, these journals also served as a spark for the ways I wanted to log my travels too.  In 2006 my wife had just had our 2nd daughter, and I was already dealing with the strange grip of mortality, so reading the journals of my long passed grandpa was another reminder (in a long line of reminders) that life doesn’t last forever, which led into how I’d hoped to journal things going forward.

I wrote both of my daughters letters before they were born, then wrote letters to them before every birthday after until a few years ago when, quite honestly, life just got too busy.  The letters are locked in a bin until they both turn 18.  I looked at it as a way for them to know what was happening in our lives at that point in time, as well as the feelings I had in the moment.  It was a cool ‘exercise’, but at the same time the letters always felt a little melancholy.  I always wrote them with a frame of mind of “What if I’m not here when they turn 18,” and to be honest, that’s pretty fucking depressing.

Which is where these came in. 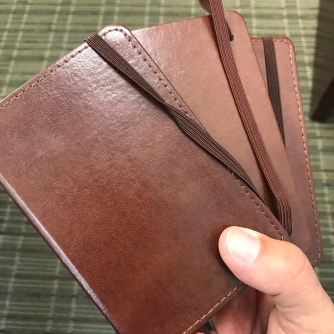 I started journaling my baseball (and related) journeys in 2007.  Hindsight is always 20/20, and in this case I really wish that I’d started them sooner.  I thought it would be cool to look back and remember the adventure, while at the same time wondering if my grandkids, 60yrs from now, would be reading them.  I hope they think I was as cool as my grandpa was.  But that’s impossible.

This post is the 2nd part in the ‘journey’.  Diaries are supposed to be private, and while there are some private moments in them, there are also a lot of things that people might think are kind of interesting!  If your idea of a good time is hopping in a car and driving a few thousand miles with your kids to watch baseball, then this is up your alley.  If you’d like nothing more than to spend a few weeks driving across the lower US to watch Minor League Baseball, while people wonder why you aren’t seeing the Major League team across town that day, this is for you.  Or let’s face it, if you’ve ever wanted to just say “Fuck it” and hit the road… Well, I have too.  And a few times, I even have.

I hope the spirit of my journals comes through in these upcoming posts.  I’ll be posting them pretty close to how they were written, but there are times I may expand on things I hadn’t written at the time, but only if it benefits or adds to the story.

So without any further ado, here’s you first introduction to my life as a never-ending ‘ballpark chaser’.

I’ve been really fortunate over the past 10 years.  My wife, Amy, has been truly supportive of our baseball trips – and really, she should be, because she started it!  (But more on that later.) 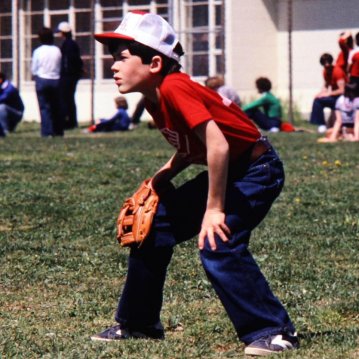 My first true baseball memory was when I was 10yrs old.  I remember sitting and  waiting for my turn at bat when a hand reached over my right shoulder holding a “USA” webbed baseball cap.  It was the height of the Summer Olympics in 1984, so patriotism was at a peak, especially with the Olympics a short 18hrs away in Los Angeles.  I politely declined until I realized it was my Dad, then gladly accepted it, pulling it down tightly over my head.

From there the memories are pretty hazy.  I remember Little League.  Every kid tried to pitch, longs for it in his being.  The kids that aren’t terribly talented?  Well, they end up in Right Field, with me.  It’s funny, my most vivid memories from Little League are getting a medal from a tournament we played in (I still have it) and second, getting hit square in the back with a pitch and crying about it all day.  (Quite literally, I might add.)  My baseball career didn’t last long.  I quit baseball, and went with basketball, where I joke that they created a whole other JV team just for me.  From there, my baseball career was limited to the neighborhood kids and I playing at the head of the street with a sewer lid subbing as 2nd Base, along with two curbs, one for 1st, one for 3rd, and a spray painted home plate in front of Matt Brown’s house.

It wasn’t until my Senior year of high school that I really started appreciating the beauty of baseball.  I had a handful of friends that worked with me on the school paper that played on the team, and whether I realized it then or not, I think their mission was to turn me around.  By the time I got to WSU, it was Cougar Football in the fall and Cougar Baseball in the Spring.  My interest in the game survived the strike in 1994 (it’s ironic that my interest in the game would be growing at a fevered pace when so many fans felt turned away or abandoned by the league,) and by 1995, the Mariners ‘Refused To Lose’.  I can still remember those playoff games – Standing in a crowded CUB Building during one game, and hovering in a dorm room of complete strangers during Game 5 against the Yankees – Howling like an animal when I got outside after the win.

Cougar Baseball was a big part of my Spring months at WSU, and I even got to step on the field to catch a few fly balls as part of a contest.  Catch 2 of the 3 pop-ups.  That can’t be that hard, right?  They gave me the rattiest, flattest glove ever.  (It was the only left handed glove they had.)  I missed the first fly ball badly and got booed.  How’s that for brutal?  I had flashbacks to ‘shushing’ the few friends that came to cheer me on in Junior High, only to miss both free throws.  That kind of brutal.  Thankfully I caught the next 2, but man they stung like hell.  But hey, at least my dignity was saved, and I got a shirt.  I wore that shirt so often you would have thought I was on the team.  “Cougar Athletics – XL” with a nice big Powerbar ad on the back.  I got to watch future Major Leaguers Mike Kincaid, Mark Hendrickson, and Rob Ramsey play in college, and later got to watch them in the pros too.

Amy and I got married after college, which goes back to how the baseball obsession is her fault.  We eschewed popular honeymoon locals like Hawaii or Mexico and instead went to the ‘Happiest Place On Earth’, Disneyland.  Disneyland was a real special place to me growing up, and Amy felt the same way, so it seemed like a good fit.  (Looking back on it, I’ve apologized more than once, because I’m sure she would have rather gone to Maui.  Sorry about that.  But Disneyland still rules.)  At the time, Disney actually owned the Angels (and man, were those uniforms hideous).  There was a team shop on Main Street, and when I saw there was a game that week, Amy said those 3 magical words, “We should go.”  We did.  And it was the start of a whole new adventure.

But more on that next time…